Buying a Pied-à-Terre in NYC

Living in the heart of New York City is a dream for many. The famed city itself, the incredible food, the celebrities around every corner. Having a home 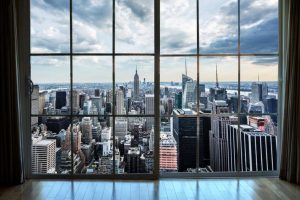 (or secondary home) in NYC is a dream come true for many people. Such opportunities are a pied à terre purchases. We will go over the pied-à-Terre meaning. In this guide, you’ll learn everything you want to know about them. What they are, why you might want to buy one, how much they cost, and if you can rent them out or not. You’ll learn all of that and more. So if you want to be an expert, then this is the article for you. A Pied a Terre in NYC can describe any property type, including a condo, co-op apartment, or townhouse. Co-op apartments are generally the least expensive option; however, not all co-op apartments permit their usage. Here is your 2021 guide to Pied-à-Terre in NYC.

What does Pied-à-Terre mean in NYC real estate?

A French term translates to English as “a foot on the ground” that doesn’t explain what a pied-à-Terre is in and of itself. But let’s think about that, a foot on the ground means that it’s just somewhere to land for a short amount of time.

We will explain, in essence, what a pied-à-Terre is in NYC is. It’s a fancy apartment in NYC whose owners only use it for short periods, such as a

weekend getaway or second home for occasional visits. Essentially it’s a vacation home. Owners do not intend to use the unit as a primary residence.

It sounds like a luxurious second home that only the richest of people can afford, right? And for a lot of the apartments in NYC, that is the case.

Even though they don’t necessarily have to cost millions of dollars, having a second residence in the middle of the city will not be cheap. However, we’ll get into what they cost a bit later.

Why Would You Want to Buy a Pied-à-Terre?

So why would anyone want to buy one in the first place? Let’s take a look at four of the main reasons that people purchase these properties in NYC.

Is a Pied-à-Terre Expensive in New York City real estate?

For the most part, pied-à-Terre apartments in NYC are costly. This is true for a secondary residence that you will not spend a lot of time in. 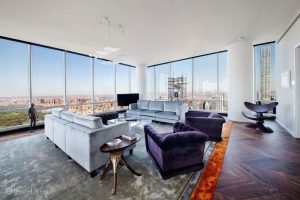 Most people who make a standard income and live a relatively normal life will not afford one. But even if they can, they cannot justify spending so much on a second residence.

Prices can range all over the place for apartments in NYC. We’ll try to give you an estimate for what you can expect to pay. The cheapest high-quality properties in NYC will run about $300,000 – $500,000 or more. From there, the price goes up and reaches into the millions rather quickly.

For celebrities and the 1%’ers out there, they can spend more than $100 million on the city’s fanciest penthouse apartments. So they can certainly cost a pretty penny. So what about the taxes involved?

What About Pied-à-Terre Taxes in NYC?

The key to buying a pied-à-Terre is remembering it is a second home, not a primary residence. That said, they are not subject to the same taxes 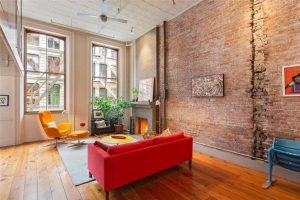 that a primary home is. This means that dollar-for-dollar, buying a pied-à-Terre saves buyers a significant amount of money on taxes.

This has caused a debate among NYC people on whether they get taxed at a higher rate, especially after hedge-fund billionaire Ken Griffin famously purchased a $228 million pied-à-Terre in 2019. Since it isn’t his primary residence, he didn’t have to pay as much in taxes as he usually would’ve otherwise.

This might end up representing the straw that broke the camel’s back, as the idea of increasing the taxes on pied-à-Terre apartments (incl. mansion tax and transfer tax) has gained more and more traction since. It’s expected that a new tax bill will pass that will affect how owners of those apartments pay taxes in NYC at some point in the next few years.

Can You Rent Out Your Pied-à-Terre?

Whether or not you’re able to rent out your pied-à-Terre when you’re not there will depend on the property itself. There aren’t any laws in NYC 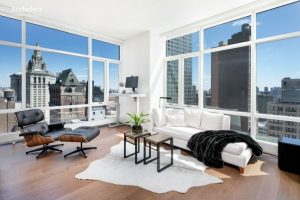 prohibiting owners from renting out their apartments, but some buildings and their staff do not allow guests to rent out units from the owners. This is especially true of the higher-end, luxury buildings in the city.

But for many pieds à terre throughout the city, especially those in a condo (rather than a co-op), you can rent it out while you’re not there. Short-term rental opportunities are some of the best ways to recoup some of the money you spent on getting the property in the first place.

So if you aren’t planning on living in the unit for a while and you’re allowed to offer a short-term rental, you should take advantage and get some cash flow coming in!

The answer is “Sometimes.” Whether or not a co-op building permits Pied-a-Terre usage depends on the co-op board’s policy. This can change over time. Many co-ops have different interpretations of what appropriate ‘Pied-a-Terre’ usage means in practice to complicate matters further. Since co-ops may reject pied à terre buyers as part of the board approval process, you must determine whether a building permits them before submitting an offer.

8 Reasons Why You Need to Rent a Dumpster
Tags: Buying in NYC Real Estate NYC
Written By: Georges Benoliel