7 Reasons To Buy A Home In Queens state market is always going to be hot. It’s the most fantastic city globally, which means that demand will always be high. Every single borough has its charms. Manhattan is known for its tall towers and luxury estates. Brooklyn is known for its quirky arts scene. The Bronx is famous for its affordable homes and hip-hop legends. And Queens? Queens is often treated as the outcast of the five boroughs, even though it has its charms and perks. Buying up a Home In Queens or any sort of real estate in Queens is becoming a primary hobby of the wealthy, the investment-oriented, and more. Curious about why Queens is so famous? Well, there are many reasons why it’s hot real estate. You can check the homes for sale in Queens NY.

1. Queens offers a blend of urban and suburban living.

Yes, it’s possible to get an apartment building or co-op share in Queens. It also still boasts a very active bus schedule, tons of subway stops, and several other public transit options. In that sense, it’s no different from Brooklyn or any of the other boroughs.

The big difference is that Queens has multiple neighborhoods that are suburban.

Most people would never guess that you’re walking through Queens unless you told them that. This is a significant blessing for people who want to feel like they’re “getting away” from the city.

2. The housing is still affordable, and so is the cost of living for a Home In Queens

Affordable living? In New York City? It’s more likely than you think. Queens leads the pack when it comes to affordable housing and a higher standard of living in the city. This makes it an excellent place for people who want a classic middle-class lifestyle at an actual middle-class income.

The entire borough has more affordable housing options than any other slice of New York City.

Queens does not have as much crime as Manhattan or the Bronx, and it’s one of the safest boroughs. It also boasts some of the best schools in the city, including Central Queens Academy Charter School, the Martin Luther School, and Maspeth.

Better still? Queens tends to have neighborhoods that are highly diverse and multicultural. Your kids will be able to enjoy exposure to a wide range of different people and cultures, giving them a naturally well-rounded outlook on life. It’s epic!

4. There are tons of cultural hotspots too.

We all know about Manhattan’s Chinatown, but did you know that Queens has a Chinatown, too? It’s true, and it’s a fantastic place to be. 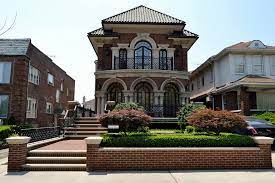 It contains one of America’s most prominent dim sum hotspots, extraordinary event spaces, great food, and some of the most authentic Chinese stores in the country. It’s a tourist hotspot.

Of course, Queens doesn’t just have fabulous hotspots for Asian cuisine fans; it also happens to be one of the biggest hotspots for Eastern European cultural attractions.

5. Driving in Queens is pretty straightforward.

Most people get squicky about driving in NYC, but it’s a bit easier when you live in Queens. You aren’t going to have to pay thousands of dollars for your parking spot if you live here.

Moreover, traffic rarely gets as bad as what you would find in Brooklyn or Manhattan.

Overall, owning a car in Queens is a more attainable goal than in any other borough. So, if you want to keep using your car once you move to the city, this is the best place for you to live.

6. Job opportunities are around every corner.

Most people who move to the New York City area do so for economic reasons, and this is one city that oozes opportunity. No matter what field you’re in or what type of schooling you need, New York will have a way to get it and make it happen.

Most people who choose to get a home in Queens do so because they have an easy commute, low rents, and excellent opportunities for schooling nearby.

That is, after all, what makes New York City great.

7. Taking a trip upstate is a cinch.

Many parts of New York act like their own miniature countries.

It’s effortless to feel like you’re “stuck” in the city because it’s so myopic. To get out of a place like Manhattan, you may have to take a ferry or deal with high levels of severe traffic on I-95 or the GWB. (Trust me, it’s painful.)

Taking a trip from Queens to a place like Rye or even Peekskill, on the other hand, is generally a lot easier. You have different routes available, less gridlock, and more scenic routes.

Get more bang for your proverbial buck: buy a Home In Queens

If you want to have a shot at getting home in Queens for the best possible price, part of that comes from choosing a brokerage that understands your needs. At NestApple, we have special deals that help shave thousands off closing costs and improve your chances of getting your dream home. Call us today! We will help you get 2% rebate and buy a home in queens among the homes for sale in Queens NY.

8 Reasons Why You Need to Rent a Dumpster
Tags: Buying in NYC Real Estate NYC
Written By: Ossiana Tepfenhart