What The Miami Condo Collapse Should Teach Condo Owners 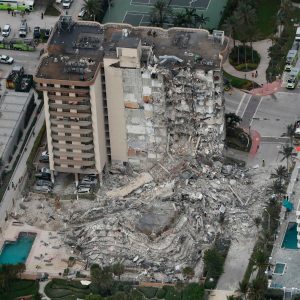 leveled. Men, women, and children were under the rubbles. Search efforts continued for over a week before rescuers declared any remaining people a lost cause in this Miami condo collapse. At the time of the writing of this article, the death toll had climbed to 95 people. This number includes an older couple and a 1-year-old baby. This Miami Beach condo building collapse was a tragedy.

No one ever expects to hear about a building collapse, especially in the United States. However, those who were insiders claimed that it was bound to happen. According to multiple people who helped run the condo, there were plenty of warning signs that something was wrong. Even meetings took place discussing the need to overhaul the condo.

Despite the warning signs, the HOA that ran the condominium nixed improvements that would have saved dozens of lives. When the Miami condo building collapsed, it became clear that those repairs were essential. This should be a teaching moment among condo buyers. Here’s what everyone should take away from this tragic outcome.

1. Never buy a condo that is in disrepair to avoid Miami condo building collapse

According to people in the condo, there were several visible problems with the condo tower. People noticed their homes were filled with cracks along doorframes or near the ceiling. Some claimed that they also saw structural damage near the support beams.

Despite the visible issues, people still moved in. We could have avoided this Miami building collapse. If you notice structural problems in a condo, do not buy it. This sign that the condo needs renovations and that the HOA is actively ignoring it.

2. Always vote in favor of repairs, if you can.

Co-ops and condos both have meetings to discuss significant repairs. The organization gets to vote on whether maintenance rates will rise to cover those 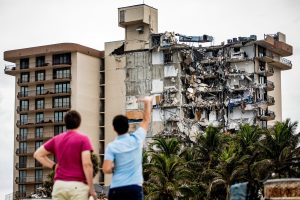 costs. No one looks forward to these meetings, but they have to happen.

During mandated meetings, the price tag you hear may make you balk. Even so, it’s a low price if it’ll save your life.

In the Seaside condo, some inspections revealed a repair cost total of $9 million. This equated to about $100,000 or so per resident. Most people balked and hoped to put them off. So they did.

Then, the structure gave out before they could fix anything.

3. Read any notes about condo and co-op meetings

Here’s the kicker that stood out when people realized the damage. The firm that owned the Seaside tower, Champlain Towers, had meetings about the damage, and the meeting notes that the firm mentioned “extreme structural damage.”

Building laws show that extreme structural damage means the building is legally unliveable. People must not have lived in the building at all. And yet, they were. This was an egregious problem that should have been addressed before the Miami condo collapsed.

People who read the community meeting minutes might have moved out before killing them.

4. It doesn’t have to be an imminent danger warning for it to be a danger.

Nowhere in those documents was the damage labeled an “imminent danger.” They would have been legally obligated to evacuate if people saw it imminent. Sadly, most building inspectors avoid using the “imminent danger” phrase because of the extent of the damage it alludes to.

Even so, whenever you hear about cracking concrete slabs or structural damage, it’s best to treat it as an imminent danger; when your building isn’t structurally sound, your ability to judge when the building will break fades.

As a result, it’s never a good thing to assume you can kick maintenance down the line.

5. Repairs can come too late or not in the correct order.

To Champlain’s credit, they eventually tried to solve some of the many issues that plagued the Seaside tower. In June of 2020, Champlain Tower 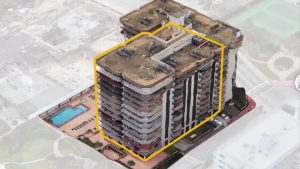 South hired Morabito Consultants to fix several significant problems in the roof. The problem was that the concrete repairs were not done yet. Worse, this was meant to be a 40-year recertification project.

Though the roof was prone to leaking, it was not what needed repair. Owners should have addressed the concrete and structure damage first. And worse, it should have been done far earlier. This is another reason why delaying repairs should be a warning sign to potential buyers.

6. The number of problems a condo or co-op has is a red flag before a Miami condo collapse

When building inspectors walked through the halls of the now-notorious Seaside condo, they saw problem after problem. It wasn’t just a leaky roof, nor was it just the concrete breaking away. There were chipped paints, the pool’s concrete, and parking garage issues. The list went on and on.

If you want to buy a condo or join a co-op, pay attention to both the size and magnitude of the problems that the building had. The Seaside condo had dozens of issues and addressed very few until it was too late. The fact that there were so many should have raised klaxons among residents.

7. Oh, it also pays to have a home inspector show up.

We expect Condos and co-ops to remain pristine simply because the HOA or managing company maintains them well. For the most part, this is an okay expectation to make. A typical condo or a regular co-op will have great amenities and a fleet of qualified people to maintain them.

Unfortunately, condos like Champlain tend to make the others look bad. A fair number of people invest in condos just because they want a steady income and do not want to pay the maintenance needed.

This is what happened with the condo owner here. Because there are bad apples like that, you can’t ever be too careful. We are having a house inspector show up before purchase is smart.

The one thing that residents noted about their lives in the condo building is that they were aware that they were living in a poorly maintained building. The lousy maintenance record might have seemed like a nuisance back in the day, but the truth is that the slapshot work eventually added up.

Don’t overlook a dirty condo center or cracked sidewalks in the community areas. They often misrepresent more significant issues that get ignored too.

9. Cheap doesn’t mean it was a bargain.

The Champlain South Tower was a quasi-luxury tower that often prided itself on keeping things affordable for its clients. Unfortunately, that bargain price tag came with a huge caveat: maintenance fees were so low because they cut corners wherever possible.

This should remind people that price isn’t the only factor in real estate sales, and you have to ask what you’re getting for that money.

10. Residents should have sued over the quality of the building.

This level of neglect is an extreme case of corporate greed winning at the cost of innocent lives. While the residents may have had some control over the measures, the truth is that this was a case where minor problems were ignored until they were no longer negligible. This meant that people should have been firmer with their company, but instead, they may have put too much trust in them to do the right thing.

Lawsuits will happen now, but somehow, we’re sure they will not be the only ones. Residents have the right to sue HOAs and landlords over unsafe conditions. Now that this has happened, it’s likely that we will see a spate of suits throughout the country.

11. When will we know the cause of the collapse?

He said structural engineers would look at design plans, how the building was constructed, take samples of steel and concrete, look at signs of corrosion, the foundations, and if any unusual event occurred before the collapse.

Once they have the information, they can simulate different scenarios and pinpoint how the collapse occurred.

Federal investigators are at the site and working to find the cause of the collapse. Authorities are taking debris to a large warehouse for examination.

12. What Role Can Whistleblowers Play to Prevent Such Tragedies?

Florida provides broad protection to employees who report legal violations. For employees in the public sector, the law protects public employees, as well as independent contractors with a government agency, who reports to an appropriate government agency violations “that create a substantial and specific danger to the public’s health, safety or welfare.” The state’s private sector whistleblower law also protects private employees who disclose wrongdoing to a government agency. Significantly, the law also protects private employees who have “objected to, or refused to participate in, any activity, policy, or practice of the employer who violates a law, rule, or regulation.” An employee who faces retaliation for reporting a wrongdoing may be entitled to damages, including lost wages, benefits, and compensatory damages. News reports state it may take months to know what caused the horrific collapse of the condo building in Miami. Miami-Dade County will undoubtedly evaluate how it may prevent such tragedies in the future. In Miami and elsewhere, whistleblowers can play an integral role in protecting public safety. Federal and state laws provide protections and incentives to those who come forward to report potential violations.

Earlier this year, the president of the condominium association warned residents that the damage in the parking area had gotten “significantly worse,” and repairs needed to the whole building had risen from US$9m to more than US$15m.

After several weeks of searching and waiting for news on victims from the Champlain Towers South condominium collapse in Surfside, South Florida, authorities accounted for all 242 people.

Search, and rescue teams had promised the family members of the Miami Beach condo collapse victims that they would not let up until all of their loved ones were found. Now, authorities met that promise.

Architects of the Champlain Towers South built it on a reclaimed wetland in 1981. Most blocks along the coast, and high-rise buildings elsewhere, are built on pile foundations, using columns of concrete and steel to transfer the load of the building into the ground. A short distance away is Champlain Towers North, built to an almost identical design.