What You Need to Know About Alcove Studios in NYC 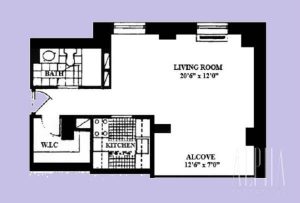 What is an Alcove Studio Apartment in NYC? 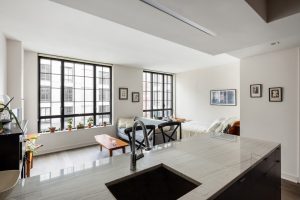 apartment with a separate sleeping area on either side, at the far end of the main room. This nook or “alcove” is typically left open to the main room, and it generally is only large enough to fit a modestly sized bed.

People use this nook as a sleeping space, typically situated away from the main door, to provide additional privacy.

Sometimes, you can use the nook as a dining area or home office. Still, people commonly use it as a sleeping nook, and you can convert larger alcove studios into one-bedroom apartments by putting up a wall. This is what makes them so desirable.

However, most alcoves are small and big enough to fit a queen or king-sized bed, so it certainly doesn’t replace a typical one-bedroom apartment.

What do Alcove Studio Apartments Cost?

The first question many people will ask is, do alcove studios cost more than a standard studio apartment? Yes, they do! Since they have the

They also cost less than a whole one-bedroom apartment since they’re technically just a studio. In downtown Manhattan, a condo studio costs 500 to 600k, and a 1-bedroom ranges from 800k to 1mm. Therefore an alcove studio would be in the middle. For coops, it’s about 25% less.

This situation makes them an affordable option for anyone looking to get an apartment without paying the exorbitant prices that come with a standard one-bedroom. They are priced relatively for precisely what they are: a bridge between a studio apartment and a one-bedroom apartment.

What are the Dimensions of an Alcove Studio Apartment?

There aren’t any set rules or dimensions for an alcove studio apartment. Even though it provides an additional sleeping area, the apartment is technically a studio, and brokers must list them. But the alcove must add much living space to the overall floor plan, right?

To create a legal bedroom in NYC, the room must be a minimum of 8 feet x 8 feet. This definition means at least 64 square feet of living space. If the alcove were at least that big, then the developers who built it would’ve likely just walled it off and made the apartment a one-bedroom unit to get the maximum value out of it.

This means that you won’t fit a big Alaskan-king-sized bed or anything. However, you will include a modest bed in the space to separate the sleeping and living areas. Plus, a 48-square-foot increase in an otherwise 500-square-foot unit is still increasing by nearly 10%, and it’s pretty significant!

Pros and Cons of an Alcove Studio in NYC

Are alcove studios the same as Junior one bedrooms?

While a junior one bedroom will have a similar layout to an alcove studio, the extra space in a junior one will generally be a separate room. This is why it’s more common to see a junior one-bedroom apartment advertised as a studio + home office.

This separate room can serve as a bedroom. Brokers cannot legally call it a bedroom as it might not have a closet or window. This means a junior-1 can be more or less desirable than an alcove studio. Some might prefer the privacy of this additional room.

But an ideal alcove studio might have a windowed alcove, and the owner can convert it into a better bedroom than what you’d find in most junior 1s.