Accepting two offers in parallel and negotiating two contracts: is it legal?

Accepting two offers and negotiating two contracts in parallel? The issue is not legal or illegal: it’s meaningless. A seller cannot accept another offer if the listing became “in-contract.” A home is “in-contract” after the buyer and the seller have signed the contract. The buyer needs to pay the downpayment at the time of signing. The buyer cannot cancel the contract and sell it to a new buyer as soon as the property became “in-contract.” Accepted offers alone have no legal value. Only fully completed contracts have legal value.

Can the seller accept another offer while negotiating a contract with a first buyer?

Absolutely. We have seen cases where the seller has accepted another offer after the buyer has signed the contract and sent the deposit. A seller can do that before they sign. Either party can do whatever they want until there is a fully executed contract. This sometimes frustrates buyers in a deal since they have already incurred various expenses. 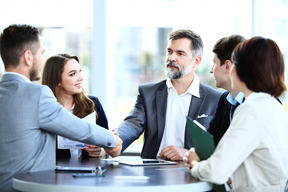 No. In New York, accepted offers are not-binding. Buyers frequently put offers on multiple properties simultaneously. An accepted offer is nothing more than an agreement on terms and pricing.

Only fully signed contract matters, and until then, both buyers and sellers can back out. They can change their mind or renegotiate the price or terms. At NestApple, we have seen sellers deciding not to sell just before signing a contract.

Remember, an accepted offer is only a handshake based on general terms submitted over email by the buyer’s agent.

When does an accepted offer become legally enforceable?

Yes. It remains tolerated for the seller to send out multiple contracts to various prospective buyers. Obviously, either party can change their mind, renegotiate, or walk away. Until the listing becomes “in-contract,” the seller can do a deal with someone else even if he had an offer accepted. F

or the records, this remains true in New York. However, in some other states such as Connecticut, buyers sign an offer form with more restrictions and more commitments when submitting an offer.

Can a buyer make multiple offers and negotiate contracts on various properties simultaneously?

Yes. Buyers can negotiate multiple contracts on multiple accepted offers, and at the end of the process, they can choose the property they are willing to buy. Some buyers use it as a strategy to have back up contracts in case a deal fails to go through.

Accepting two offers in parallel and sending multiple contracts out: is it ethical?

It’s not ethical, but it’s legal.

Seller’s broker and seller’s attorney have a fiduciary duty to their client (i.e., to the seller). As a result, they will act in the seller’s best interests. In theory, the seller’s broker would give whoever has an accepted offer a few days to go over the contract and do its due diligence.

But in practice, listing agents sometimes receive several bids, and the seller’s attorney sends several agreements out. In an ideal world, the listing agent would disclose to all prospective buyers that there are several contracts out.

What is a buyer comes in at a higher price?

If a deal is being negotiated with a potential buyer, and a new buyer comes in at a higher price, the listing agent could give the first buyer the option to match. They do not always do it.

In reality, we see brokers sent multiple contracts out, negotiate with various buyers. Sometimes brokers even accept multiple offers without notifying each buyer they are competing with other buyers. This way, they have potential back-ups in case one of the buyers has a change of heart or tries to re-trade. 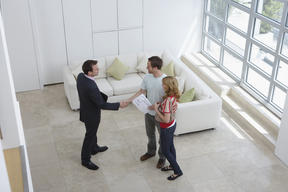 Ethically speaking, the listing agent should disclose to prospective buyers that several contracts are being sent out. However, it’s not legally required. Accepting 2 offers and negotiating contracts in parallel can be frustrating. For Buyers, the process takes time and can be costly (due diligence and inspection). It is the right thing to do is to disclose that other contracts are out and that another buyer had a head start and has started working on his due diligence.

Buying an Apartment in a Mixed Use Building

The Best Places For Culture Lovers In Westchester

How to Deliver an Offer To The Seller in NYC?
Tags: Real Estate NYC Selling in NYC
Written By: Georges Benoliel