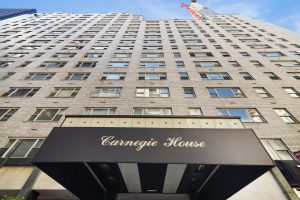 like the Chrysler Building, carry one. While searching for an apartment, buyers sometimes find a listing too good to be true. It’s very similar to all the others except it’s much cheaper. They notice the maintenance is much higher than other listings. Chances are, they’re dealing with a ground lease real estate. What is a land lease? Who retains ownership? We will go over the ground lease definition. Why do they exist? How do they affect apartment owners in New York City? These are all fundamental questions for anyone considering a building with a land lease.

“Land leases” are also called “ground leases.” In a ground lease, the landowner leases it to a developer; therefore, the developer will build something valuable. This is very common for commercial leases, and the landowner collects the rent payments. It is a type of leasing.

The term of an unsubordinated ground lease is typically very long (for example, 99 years). The developer pays the ground lessor a fixed rental payment, which resets at various points during the lease term, typically according to the market value of the land.

At the end of the lease term, the ground lessor (with ownership of the land) can take the land back with all improvements. However, the leases are often renewed.

How can you check if a building has a ground lease?

An excellent real estate attorney will inform you of this material fact during legal and financial due diligence. However, you 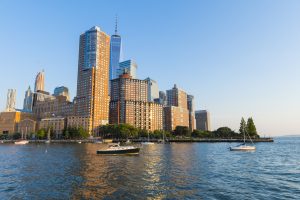 can find out by looking at the building’s annual financial statements. If the building has title to the land it sits on; you’ll be able to see land as one of its assets on its balance sheet. You will also be able to see lease payments as an expense in its income statement. The original offering plan will say the subordinated ground lease is a unique risk if there is one. Lastly, searching for land lease agreements through public records on ACRIS may find evidence of the land lease.

What Problems Arise From A Land Lease?

There are two main obstacles a buyer of a land lease building needs to overcome.

It often takes a buyer a lot of time to get comfortable purchasing a land lease, and that discomfort can result in a longer sales process.

What Happens When a Land Lease Expires? 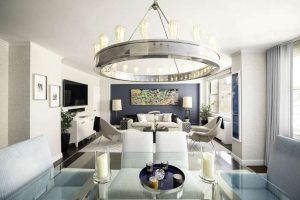 As you would expect, land lease buildings in NYC typically trade at a discount because of the uncertainty associated with lease renewals. This presents an excellent opportunity for savvy buyers.

Except in Battery Park City, you can’t typically find ground leases in residential co-ops and condominiums. Among other things, they add a layer of costs on top of each unit owner’s maintenance.

With each rent reset, this can become rather considerable.

These resets make the apartments less marketable. In turn, they sell at a significant discount to comparable units in buildings unencumbered by ground leases.

Therefore, an experienced buyer’s agent will be able to advise you that you have little to worry about buildings having land leases in Battery Park City.

The Battery Park City Authority is a not-for-profit government agency whose sole mission is to maintain and improve the neighborhood. There is minimal risk that they won’t agree to renew land leases with reasonable terms.

At the end of the lease, the equity of all shareholders in the co-op can be wiped out if the property owner does not renew the lease. This essentially reduces its shareholders to the status of renters, and this diminishes the leverage held by the co-op to negotiate favorable rental terms in a new lease.

Very often, the co-op buys the land at an exorbitant price. If they cannot muster the funds, they agree to painful one-sided terms favorable to the ground lessor. This separation of interests also creates the terrifying prospect of a ground lessor selling the land.

Opportunistic investors are looking to capitalize on the rent resets during rising land values, generating a significant income stream. This is a common situation in the news today as land prices break new records daily.

Land lease buildings in NYC built on privately owned land can present a significant challenge in valuation and marketability, especially if a lease is expiring. Those buildings in NYC typically have a 99-year lease agreement with two 20-year extension options. Therefore, you might not have much to worry about if you are only 20 years into the lease. However, if you only have 20 years left on the lease, you face some serious risks!

So what happens when a ground lease expires without renewal?

This is a nightmare scenario for buildings built on the ground they do not own. The ground lease agreement states that all structures on and capital improvements of the land, including anything added by the tenant, are forfeited upon the ground lease’s expiration. So the building that the co-op paid for gets handed over to the landlord if they cannot renew the lease. For a co-op shareholder, that means the value of their shares will plummet to zero. Furthermore, this co-op corporation did not own the land, so shareholders effectively owned a portion of “lease equity.” As you can imagine, the co-op or condo board will be challenging to negotiate with a private, for-profit landlord regarding lease renewal.
Because of the uncertainty involved with ground leases, buildings in NYC decline in value over time, especially as a lease expiration date becomes imminent.

The land underneath the Carnegie House co-op, located at 100 West 57th Street, was sold to a group of investors for $285MM, and the ground underneath the Trump Plaza co-op on East 61st Street is currently on the market. This situation is terrifying for co-op unit owners. The only reason investors would purchase a co-op ground lease is to make money on it – that is, generating the ground rent increase as high as possible based on the then-existing market price of the land.

According to an analysis by The Real Deal, the Carnegie House co-op’s annual rent owed under the ground lease at current market prices could increase from $4.4MM/year to $27MM/year! Imagine what that would do to your maintenance payments!

So, if you’re ever searching Streeteasy and become enamored with a 2br/2ba co-op with a beautiful terrace priced comparably to a studio, but has unusually high maintenance costs, turn away fast and continue your search. A ground lease probably encumbers it, and do not try to convince yourself that it’s worth it because of the low price tag. You do not want to mess with a ground lease co-op!