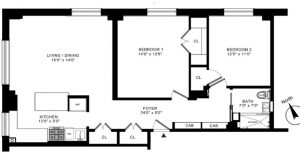 If getting information about a co-op’s size feels like pulling teeth, it’s not just you.

Real estate agents don’t like to talk about specific dimensions, and 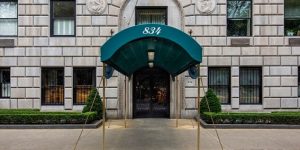 that’s by design. Chances are, they don’t know the unit’s actual size, and co-ops don’t measure their square footage, so agents don’t always know how big the unit is.

How Do Co-op Sellers Determine Square Footage In NYC?

Co-op square footages in NYC are often magnified due to the inherent temptation for sellers and listing agents to overstate the size of an apartment to make the price per square foot look more attractive to prospective buyers.

Here’s what will throw co-op buyers for a loop when they look for square footage:

How Should You Calculate Square Footage?

Most of the time, you don’t need to know the exact square footage of a place, and a rough estimate with a tape measure is more than enough. When 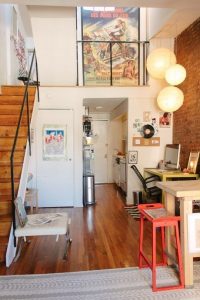 you’re buying a co-op, the general size is what matters more than the specifics.

Where Is The Official Footage Found?

If you’re willing to do the digging, you can find it in Schedule A of the co-op’s offering plan. Unfortunately, finding those in New York City remains complicated, and most people don’t even attempt it. You can find it on the Department of Finance/NYC site.

What Should You Do If The Co-op’s Square Footage Isn’t What It’s Advertised?

It would help if you were a little flexible on the square footage, primarily because it’s not a co-op tradition to share that information. What you need to realize, though, is that what you’re paying for is the room and the right to own a share of the building. However, it’s still good to know how much extra space you have, not just for furniture placing purposes.

If you notice that the co-op’s square footage is far from advertised, this should be a reason to hit the pause button. However, it would help if you didn’t grill your real estate agent for answers. Instead, calmly explain that you saw the co-op wasn’t as big as hoped and would like to check out other options.

Is The Realtor Liable For Misrepresentation?

Though it may feel like one can sue a realtor for not putting the correct information about the apartment in the listing, the truth is that you probably

don’t have a leg to stand on. Most listings will have a disclaimer that clears the agent and seller from misrepresentation claims. Moreover, all co-ops in New York City sell as-is.

The stuff you see in listings is for informational purposes only. As a buyer, you must do your due diligence before plumping money. With that said, several court cases have involved home buyers suing real estate agents and sellers over false statements about the co-op, and they generally are not successful cases.

The easiest way for someone with buyer’s remorse or resentment to cause trouble is to allege that a seller and listing agent deliberately inflated and misrepresented the square footage of a listing.

Can A Square Footage Dispute Get You Out Of A Sale?

Believe it or not, it can. One of the most common reasons a sale might fall through in New York City’s co-op world is if you notice that your co-op’s square footage is significantly smaller than what was advertised, as you might have the right to back out of an offer.

Of course, this all depends on the offer letter you put together and the terms of the agreement. The best way to see if you can walk from the real estate transaction is to talk to a real estate lawyer. If you are dissatisfied with what you’re seeing, your lawyer and the real estate agent can help you create a good case against buying a home.

Square footage is missing on most co-op listings online because many listing agents and sellers are wary of exposing themselves to potential liability and legal trouble if a buyer chooses to disagree with the stated square footage.

You must do your homework if you’re buying a co-op in NYC. You fact-check the square footage figure you’re considering submitting an offer on the listing. The easiest way is to sum up the room dimensions, typically measured from interior wall to interior wall.

It’s also a good idea to find other similarly priced co-op listings online and compare the sum of the room dimensions to the unit you’re considering. Provided that the calculated square footage is in the same ballpark, chances are there’s nothing sketchy going on.