Co-op Sublet policies & rules are tricky. New York City is a place where rentals always seem to pop up. If you’ve ever rented a sublet, you already know this is a hot move for people who 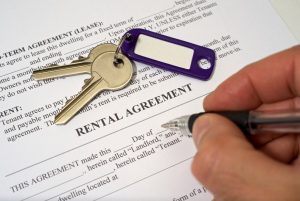 want to maximize their income. This is especially true if you are part of a co-op community. Once you’ve bought a co-op, it’s yours. However, the board still has a lot of say on what it can do. Did you ever wonder if you’re allowed to sublet (or Airbnb) your place? Can the co-op evict a sublet tenant in the case of an illegal co-op sublet? It’s not as simple as you think.

Before We Begin: A Little Disclaimer

It’s important to remember that every single co-op has different rules, bylaws, and fees. We’re generalizing when discussing the typical experience of co-op owners who want to sublet in NYC. If you own a co-op, the content in our article may or may not represent what you deal with. The best thing you can do for yourself is to read your co-op’s rulebook or ask board members about their policies.

When working with real estate, details are always a must. Otherwise, you might wage a legal battle during the co-op’s board meetings.

Where Can You Find Out Your Co-Op’s Subletting Policies?

Owners can find subletting policies in the rulebook of co-ops, which means you can check your copy or ask the co-op board. If you are working with a broker, you might ask them. Many brokers and real estate agents are aware of more prominent co-ops’ policies on subletting.

Can You Sublet Your Co-op?

In most cases, you can’, but it’s hard to tell. Co-ops have a wide variety of policies, and most NYC co-ops are owner-occupied. 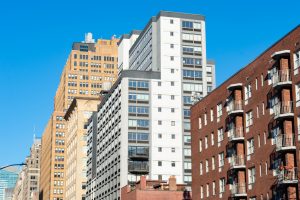 Wondering what the most likely scenario is? The most common co-op sublet policy among New York City co-ops is that they will allow you to do it for up to two years, provided that you’ve lived in the apartment for one to three years at a minimum.

This is where asking the co-op board directly (or reading the rulebook) remains the most brilliant move. You’ll find out what you can and cannot do with your potential co-op sublet.

How Long Are You Allowed To Let Your Renter Live In Your Co-op?

Generally speaking, co-op owners who are allowed to sublet are discouraged from renting their co-ops for short-term stays. This means Airbnb probably isn’t going to work out. Typically, you must have a long-term lease with your subletter. So, expect to have lease terms of six months to a year.

How Long Are You Allowed To Let Sublet Your Co-op?

Things get a little dicey regarding how long you’re allowed to turn your co-op into a sublet. Co-ops that enable you to sublet their units will often let 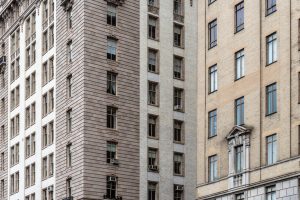 you do it for 1 to 3 years at a time. Some co-ops allow owners to sublet it for a maximum of five years for the duration of ownership.

If it sounds draconian.

If the co-op does not implement these policies, co-ops quickly attract “vulture investors” who do nothing but snap up units to rent them out at a higher price. These rules ensure that the community stays among New Yorkers who want to live and work there.

How Subletting Works With Most Co-Op Communities

Are you ready to sublet your co-op properly? If so, you will have to go through your co-op board’s process for subletting if it’s allowed. Here’s what you should prepare to do:

How Do Co-Op Subletting Fees Work?

When you’re subletting a co-op unit, you’re doing two things that aren’t cool with the co-op. First, you’re bringing in people who weren’t approved by the board and posed a risk to the co-op. Second, you’re renting out your property which means you’re making money off a property YOU are supposed to live in. That’s a lot for a co-op to deal with, so they will want a cut.

Why Do Co-Ops Charge Subletting Fees?

Co-ops charge subletting fees because it’s a significant risk for them to take. Those fees help cover anything the subletter breaks and any trouble the co-op could cause. It can also be a way for the co-op to get more money toward new amenities.

How Do Co-Ops determine Subletting Fees?

These fees vary significantly from community to community. There are several different ways that co-ops can calculate their fees.

The most common include:

What Happens If You Sublet Your Co-Op Illegally?

It’s true. Illegal co-op sublets are on the rise and happen quite often. If someone accidentally rents from an illegal subletter, they’re usually asked 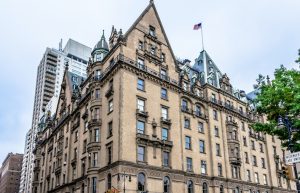 to leave. Or, they leave of their own accord because they don’t want to have an eviction on their record and choose to sue the subletter. However, a lawsuit from an angry ex-tenant is the least of your concerns.

If you sublet when you’re not supposed to, the following can all occur depending on what your co-op board’s rules are:

If you are looking to sublet policy to a co-op, think long and hard before you do it. It’s not always a good move. However, if you have the board’s blessing and can afford the fees, it is a great way to make money and improve your apartment’s return. Talking to a good broker can help you navigate it, so give NestApple a call today. Everything You Need to Know About Asbestos in NYC Apartments
Tags: Real Estate NYC Renting in NYC
Written By: Ossiana Tepfenhart