The Ins and Outs of DIY Plumbing — Where Should You Draw the Line? 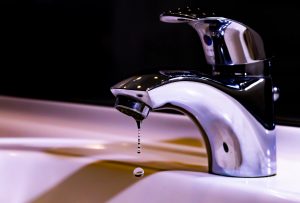 The average household’s leaks can account for nearly 10,000 gallons of water wasted yearly. In contrast, 10% of homes have leaks that waste 90 gallons or more daily, according to the Environmental Protection Agency (EPA). Simple leaky faucets are one common plumbing issue you can generally solve in a do-it-yourself fashion. However, undertaking other plumbing problems on your own can be a way to save money. Specific projects are for the pros. From the considerations worth keeping in mind to when you should get a professional plumber involved, here’s what you should know before jumping in.

Getting familiar with the basics

With the potential consequences of not addressing plumbing issues promptly, including damage to your pipes, foundation, mold/foul odors, and pests, taking care of even the most simple leak as soon as possible is imperative. However, when looking to undertake a simple plumbing problem on your own, understanding the basics of plumbing and your home’s system is essential before getting involved.

While drains and pipes are relatively straightforward, other features, such as valves, work to regulate the flow of water, gas, and wastewater in the plumbing system. Pipe fittings, on the other hand, are connectors used to join two or more sections of pipe together and aid in creating a watertight seal.

While DIY-ing a plumbing task can seem daunting, a Forbes Q&A with a contractor on the subject notes, “Surprisingly, there are many plumbing tasks that you can accomplish yourself. Even a novice can save big bucks by clearing clogged drains, fixing faucets, repairing leaks under a sink, or taming uncooperative toilet issues with a few inexpensive tools.”

And, when it comes to the tools you’ll likely need, you don’t need to have an arsenal to get the job done, either; the contractor further goes on to say, “A drain auger and a basin wrench are the only specialty tools required to get started. The rest you need is probably already in your basic tool kit.

An adjustable wrench, pliers, large channel lock pliers, a hacksaw, and a couple of screwdrivers will take care of most little jobs.”

Tackling simple leaks is perhaps one of the most common DIY plumbing issues that one can take on.

The EPA notes that common leaks in the home include worn toilet flappers, dripping faucets, and other leaking valves — all of which are often easy fixes that require only a few tools to aid significantly in saving money where water is concerned. Through resources provided by the EPA on how to check for leaks and assess various issues (such as a step-by-step video on how to fix a leaky toilet by the Regional Water Providers Consortium), leaks aren’t the only easy plumbing fix out there.

Nearly 20% of homeowners frequently have to deal with a clogged toilet, while only 9% are dealing with a clogged sink, according to one national survey commissioned by Mr. Rooter Plumbing, a Neighborhood company, and conducted by Google Consumer Surveys. With that in mind, fixing a clog — the sink or the toilet — can often be done independently. While tools like a plunger or drain snake can work wonderfully to unclog a drain or toilet, other solutions like drain cleaner can also come to the rescue — though using such a chemical can frequently be a mistake.

The most common DIY plumbing mistakes

Addressing simple plumbing issues like clogs can seem simple enough to the average DIY-er. However, the Family Handyman notes that using drain cleaners as a first choice can be a wrong move. The easiest way to take care of a kitchen or bath sink clog is to use a snake or a barbed drain cleaning tool (or remove the P-trap).

This is primarily because using the chemical method can result in various problems down the line. For starters, due to the chemical/corrosive nature of such cleaners, using too much (or too often) can damage the metal traps and pipes, resulting in further plumbing issues via leaks. Additionally, the cleaner may not work — leaving it to remain in the tube until a professional plumber can get to it.

However, this isn’t the only amateur mistake made regarding plumbing, as the Family Handyman further mentions overtightening connections and simply starting on a project without spare parts as two other common mistakes many tend to make.

Knowing when to draw the line

While simple plumbing issues like a leaky faucet, clogged drain, or even replacing a showerhead can be a great DIY project, knowing where to draw the line and when to get a professional involved is essential. The Forbes above Q&A with a contractor advises, “Hire a plumber anytime you feel uncomfortable when faced with a plumbing problem.

Your gut instinct is often correct.” That said, sticking to the smaller projects can be a great place to start, though contacting a reputable plumber is always best if you aren’t comfortable with addressing the issue yourself, no matter how minor the problem may be.

Getting a plumber may not always be the most cost-effective solution. However, leaving the more extensive projects to them (such as significant system backups, anything involving a gas line, or installing new plumbing) is imperative in ensuring that the job gets done correctly.

Other jobs worth leaving to the pros include extending hot water lines or rerouting your sewer pipes, which require extensive knowledge and equipment that is better left to those qualified.

Navigating a plumbing issue can be frustrating.

Though small and straightforward, you can often deal with problems with DIY. Through the help of basic plumbing knowledge, a few tools, and how-to resources, issues like a clogged toilet can generally be resolved on your own in no time — thus saving you money.

However, it’s essential to know when to call in a professional plumber. For example, when the job requires extensive knowledge or if you’re uncomfortable doing it yourself. 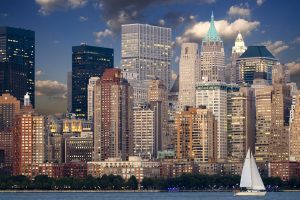 How to Apply to Affordable Housing in NYC